Be grateful for every opportunity…

Taking action with, and on behalf of each other…

Every so often, and in this context I mean ‘rarely’, you come across a human being who simply gets it.  We here at Come In From The Cold are making a concerted effort to have conversations with folk living in such a way; we can’t help but ask them questions relating to the threads we are curious about on this here blog.  Tom Kohler tries to welcome people from all walks of life to walk and wheel together.  Through Chatham-Savannah Citizen Advocacy (http://www.savannahcitizenadvocacy.org/), Tom makes it his life work to see what it looks like when “Everybody is in the room.”  Perhaps the even more groovy learning of Tom, whom I met in 2010, is the notion of living the practice of welcome no matter which hat you are wearing at any particular moment, of any particular day.  Simply put, Tom is a Savannah citizen, writing letters to the editor, connecting people across assumption and generation, as well as raising a family, and being a son within his family. Tom is on a quest to co-create and sustain, what he refers to as “The Beloved Community”.  I’m honored to call him a friend and mentor…so enjoy a glimpse into Tom’s world.

We began our conversation around remembering when it was Tom felt truly included to a person or group of people, beyond his family.  Tom reflects, “One is my first carpool. You know the carpool, with 4 or 5 kids in the car, parents rotate every 5 weeks. There was something about that group…we were tight. An early, tight gathering. Every single morning, piling into the car and seeing the same 4 kids. It’s the carpool and there they are. You could be in a bad mood…grumpy about having to wake up early and the general ‘I don’t want to go to school thing’, but by the time the car hit school, something had happened on the ride that made you smile…and it was all good.

I’m reading a wonderful book currently, The Tender Bar, and it reminds me of Jim Collins Bar. Meeting Jim Collins and spending 6 nights a week from 1971 to 1974, while in college, certainly speaks to feeling included.  This was a tight group…7 stools, 3 tables, 4 chairs per table. You had to be told about it, no signs, so it was an invitation in a way. It was in a part of town where you felt like maybe ‘I don’t belong here’, but then you’re in Jim Collins Bar and you feel right where you belong.  The location and design of the bar, intentional at the core, spoke to that welcome we are talking about.”

I’m interviewing Tom because I find him to be the master of welcome and connection, but wondered if he could tell me about someone he finds to be incredibly welcoming and why?  Tom shot out immediately:  “Kristen Russel, owner of the Sentient Bean (http://www.sentientbean.com/about). She has created a place that is all about welcome. 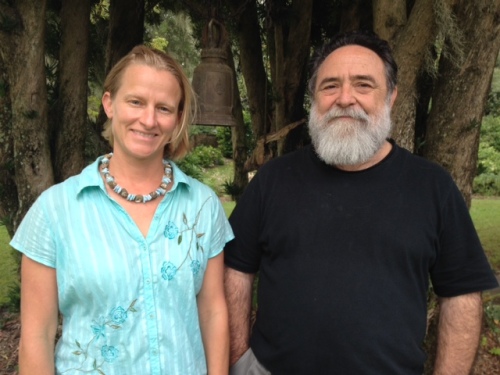 She lives two doors down and her house is always open to people as well. She is very clear that it needs to be a place that any and everybody can come. It’s a conscious decision she has made. At her home, they offer Friday Social Hours on Friday afternoon, with a simple invitation: Brussel’s 5:30pm. Informal, 5 to 25 people, eat and drink…it’s a casual way to kick off the weekend, but I also feel like it carries a profoundness to it.  She organizes the Forsythe Farmers Market in Forsythe Park across the street. On the corner of Bull St and Park Ave, Kristen has created an intentional and active welcome with the Bean, the Market and her home.”

When asked about a time when he felt a strong sense of local agency, Tom replied: “When the local public school system wanted to close the school my kids went to, we formed a group called Parent Advocates For Charles Ellis (PACE). We organized, lobbied the school board, reached out to journalists, held public meetings, used chart paper on the walls to use visuals, we had people call all their friends who worked media to call the Board of Education’s public information officer…with the idea that they would create some heat. If we could stop them from closing the school, a new school board would be elected, and once elected, they could then more easily change course. Good old fashioned persistent-guerilla organizing and getting things to turn out the way you want them to turn out.”

Next we ventured into a more introspective place, wondering what goes on internally for Tom when meeting a new person or new group of people: “I hope that curiosity is present. Openness. I hope I’ve intentionally gotten better at staying open and not be too quick to assume and judge. I’ve worked on that…and I’m probably pretty good at that at this point. I’m interested in seeing interesting combinations of people. There was a picture of people on the subway in New York recently, two people in full Indian regalia, next to all these New Yorkers…what a great representation of the New York vibe…a wild juxtaposition of different people in close proximity with one another…and for whatever level of engagement, seeming to get along just fine.”

Sorry Tom…had to do it!

And finally, I asked Tom about a time/place when he feels especially at his best, when he truly can ‘be the change’…

“I think I’m pretty good with connecting people who have lived in Savannah with new residents to Savannah. I’m asked by people to sit with ‘a friend to learn about who they are and connect them to people or groups that they may jive with’.   The other thing I’m intentional about, is connecting people intergenerationally. The Savannah Rocks project is about this. (https://www.facebook.com/groups/465286180185853/). The idea is to connect people who were playing music locally in the 60 and 70s with people in their 20’s and 30’s playing music now in Savannah.”

In closing, Tom shares a notion permeating his mind, heart and soul moving forward:  “I do believe that here in Savannah we are gradually beginning to ask a fundamental question: Do we want to think of ourselves as the Hostess City or do we want to think of ourselves as a Beloved Community. If we are a hostess city, we mostly think about how we treat those who are participating in the money economy, primarily in the tourism industry. If we think of a beloved community, it has a lot more to do about how we treat each other and welcome each other into one another’s lives and how we choose to take action with and on behalf of each other.”

Sending my gratitude to Melissa Hough…

Approaching the end of our 2nd year of blogging, which we are grateful for indeed, we embark on year 3 with a new sense of hope and growing desire to hear from wonderful people, doing wonderful things, by simply living who they are!  Linda and I, who are we kidding, Linda, drafted some thoughtful questions for us to ask people we come in contact with, work with, have just met, and/or are downright in awe of!

END_OF_DOCUMENT_TOKEN_TO_BE_REPLACED

Our good friend, Sheldon Schwitek, posted this TED talk to Linda and I on Facebook a couple of weeks ago…specifically because he thought it resonates with our blog.  Little did he know I would repost it…muahahahahahahaha!!!!!  In all seriousness, it is being reposted because it is brilliant (Thanks Sheldon…so are you!).

“The beloved community is not a utopia, but a place where the barriers between people gradually come down and where the citizens make a constant effort to address even the most difficult problems of ordinary people.  It is above all else an idealistic community.” ~Jim Lawson

Tom Kohler at a reading of Waddie Welcome…

This quote appears at the beginning of the book, “Waddie Welcome and the Beloved Community”, END_OF_DOCUMENT_TOKEN_TO_BE_REPLACED

Ring in the New Year with some LOVE!!

As we enter 2014, Linda and I want to personally thank all of you for your readership, comments, support and love. It means the world to us that people connect with what we share. In this week’s post, we link another warm video from the Soul Pancake team. Sometimes all that is needed is an ‘invitation’ and the love will flow from there…let’s set our intention in 2014 to love one another each and every day!

What do you see here? A family portrait? Love? Two beautiful, strong women and their amazing children? That’s what I see too. This portrait adorns the living room of Beth and Carolyn. It represents a family wrapped in love, a family with ups and downs, a family with rich traditions and a family that until this past Friday October 18, 2013…didn’t have complete, legal recognition. That last, ridiculous little tidbit of information, became exiled into history when Beth, Carolyn, their two children Trystin and Taylor, and about 10 of their closest family and friends walked into the Vista County Assessor’s office and got married!! END_OF_DOCUMENT_TOKEN_TO_BE_REPLACED

Lessons learned from the chaos of the ceilidh

Some of you will know that it was my sister’s wedding celebration on Saturday night. Indeed, some of you were there! The celebration took place in the town where my parents live, in the beautiful Scottish Borders. But I would say only about 20% of the guests live in Scotland; the rest travelled – mostly from England, a couple from the Netherlands.

The party took the form of a ceilidh. For those of you not versed in this Scottish tradition, a modern ceilidh (pronounced “Kay-lee”) is an evening of Scottish Country Dancing. All over Scotland, we learn these dances at school during P.E./ gym lessons. I hated being forced to hold hands with horrible boys, despite loving the dances and even attending the odd evening Scottish Country Dancing class with my mum. I don’t mind holding hands with boys now (well, maybe except for the horrible ones) and my love of the ceilidh has only deepened over the years. END_OF_DOCUMENT_TOKEN_TO_BE_REPLACED

As has been my intention as of late, especially here on this space, I’ve been sending my gratitude to those in my life whom fill me up in wonderful ways.  Back in July, while attending the Toronto Summer Institute, the co-author of this blog, Linda Keys, surprised me with a post of gratitude for me.  Back home in Ratho, being a mom to her newborn baby boy, Linda wrote and posted a piece while supposedly on a writing hiatus.   It was an overwhelmingly meaningful piece for me to read.  The back-story to the surprising nature of the post is this:  for those who follow this blog, you are well aware that Linda gave birth to her son Findlay back in the Spring.   END_OF_DOCUMENT_TOKEN_TO_BE_REPLACED

The Science of Happiness…

Back in July, I found myself sitting at “a table for one at the Gratitude Cafe“.  Remember that?  I’ve been particularly interested in the idea of intentionally sending my gratitude out to people in my life whom I love dearly and/or have the opportunity to meet and form relationships with.  I know this is important to me and I know that it has profoundly affected my life in positive ways. END_OF_DOCUMENT_TOKEN_TO_BE_REPLACED

Come In From The Cold
Blog at WordPress.com.